THE ITALIAN WALK DID NOT STOP IN 2020 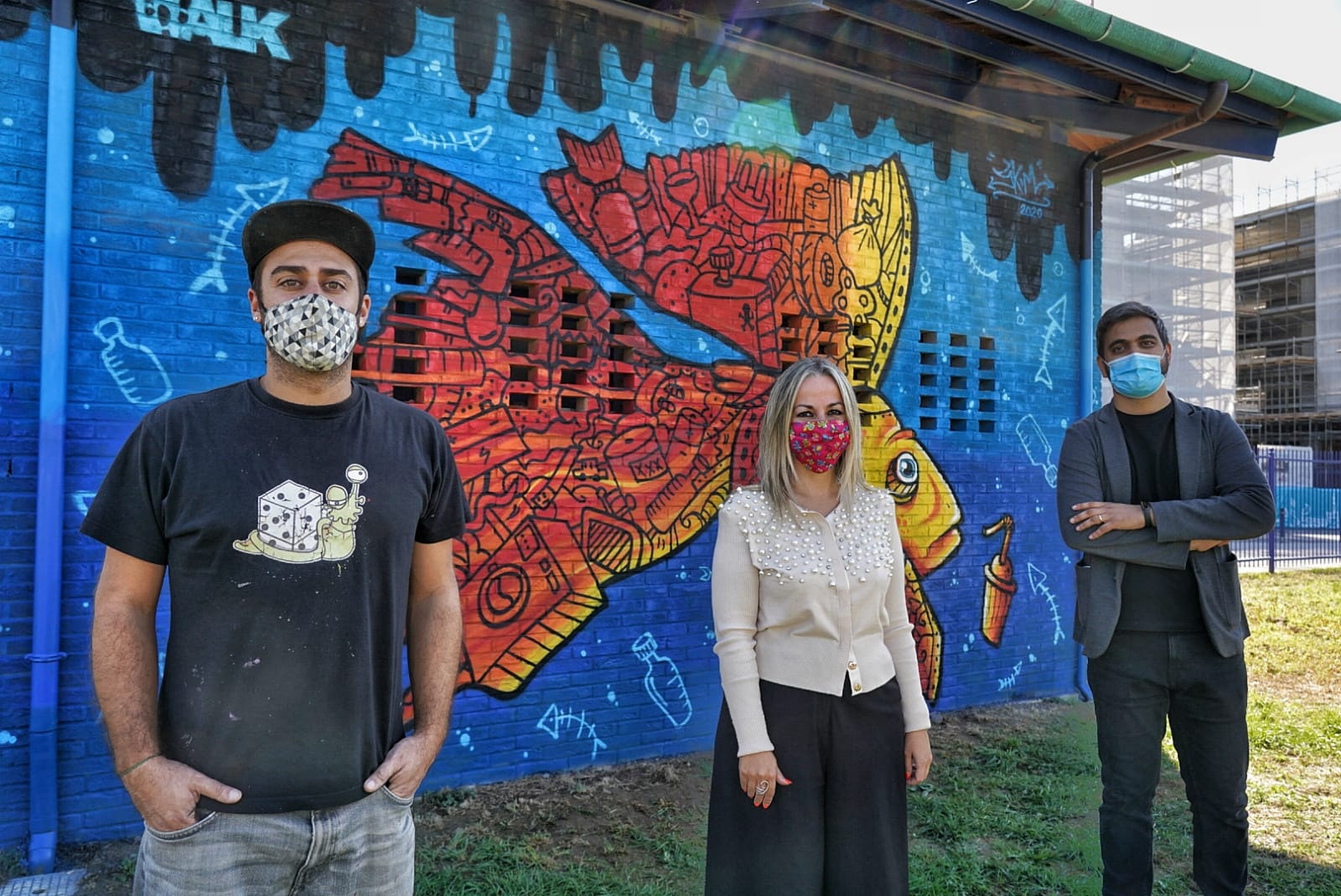 The Sustainable Development Walk 2020 – online edition, organized by Oxfam Italia and the Tuscany Region, in collaboration with the Municipality of Florence and the District 5, took place on the 8th of October, from 10 to 12 in Florence, Italy, together with over a thousand Tuscan students. The edition, which was changed due to the Covid-19 emergency, had students participating from online, to avoid the risks that pupils could have run if the event had taken place in the streets and squares, like the previous year.  However, it was a unique opportunity for students, who were connected from all over Tuscany, once again protagonists in the construction of their present and future, just a few weeks after the schools restarted.

The event included over 1,300 pupils (11-18 years old) and about 90 secondary school teachers connected via the web with the station that was set up at the San Donato Park in Florence, for a morning of discussion and debate, which focused on a theme felt by many, such as "sustainable development and the fight against climate change".  An event full of guests and speeches that were an integral part of the calendar of events that make up the ASVIS Sustainable Development Festival and which was conducted by actor and author Lorenzo Baglioni. The event was opened by the greetings of the president of the Tuscany Region Eugenio Giani, the General Manager of Oxfam Italia, Roberto Barbieri, the Councilor of District 5 delegated to youth policies Edoardo Trallori and Giovanni Lazzari Director of Immobiliare Novoli, all guests of the street art work that was realized during the event. The morning was enriched by the intervention of the climatologist Luca Mercalli, who in addition to illustrating the dramatic and increasingly direct impact of climate change in the last period also in Italy, answered the doubts and curiosities of the students. In closing, the Councilor Cosimo Guccione brought greetings from the Municipality of Florence.

“This was an important and highly attended event by many young students, albeit in virtual form, and I am pleased that it coincided with the day of my official inauguration as President of the Region. - said the President of the Tuscany Region Eugenio Giani - Good politics must act as a stimulus for young people, who have always been the catalysts of change, involving them more and more in the promotion of sustainable development goals that become even more urgent in this health, social and economic emergency. It is necessary to rethink the current model of development, and we can do it only with the active participation of young people ”.

"Last year the Walk brought over 2,000 young people (and see what happened in Europe!) to the streets of Florence, this appointment was still a wonderful moment in which young people were able to meet again, even if virtually, to deepen a crucial issue for the present and the future of all - adds Roberto Barbieri general manager of Oxfam Italy - An emergency, the one due to the impact of climate change, which is primarily affecting the poorest part of the world due to increasingly extreme and unpredictable climatic events, but that in an increasingly interconnected world, will lead us to rethink lifestyles and behavior starting from our territories, with behaviors and policies increasingly aimed at sustainability and the reduction of polluting emissions, with the aim of containing heating global before it's too late. Just think, that today, as we at Oxfam denounced a few days ago, the richest 1% on the planet is responsible for twice the CO2 emissions into the atmosphere compared to the poorest half of humanity. This first of all must make us reflect on what we can concretely do as citizens of today and tomorrow in our life and for our community ”.

A JOURNEY THAT TOOK OVER A YEAR

A reflection that the students had conducted throughout the school year ended and that brought the students of ISIS Carducci, Volta, Pacinotti of Piombino and of IIS Barsanti of Massa to tell their experience during that morning.  The WALK2020 came as the final moment of a journey that lasted the entire school year and continued online during the lockdown. Involving the students and teachers of 17 Tuscan schools, through many initiatives and proposals carried out in many municipalities (See the videos related to the SDGs Bombing Week), interacting directly with local institutions, with the aim of making a concrete contribution to improving liveability and environmental sustainability in one's community. A work that started from the ambition that the Sustainable Development Goal number 13 defined by the United Nations, found a concrete realization in everyone's life"  So many ideas that, just to give a few examples, in the territories of Livorno, Florence, Arezzo, Pontedera, Sinalunga, Montemurlo, Cecina, Piombino, Massa, Sesto Fiorentino and many others, have put in place proposals aimed at improving separate waste collection and waste management, the protection of beaches, the improvement of sustainable mobility, the creation of photographic exhibitions to raise awareness of environmental sustainability. In short, a way of starting to imagine right now how we can all together build a more sustainable world, after the Covid19 emergency has passed.

The Novoli park was colored. During the morning, the well-known writer SKIM created a live mural on the theme of the Walk, which has remained to testify the commitment of the students during the last very difficult school year. A moment made possible thanks to the contribution of the Municipality of Florence, District 5 and Immobiliare Novoli, who made the location available.  "For our part, we can only encourage the activities that see the young people involved - concludes Cosimo Guccione, councilor for youth policies of the Municipality of Florence - and we have done everything possible to ensure that that day is remembered by everyone and we have given it maximum circulation on our channels starting from the Youth Portal. The mural that was created was not only an important work of art that embellished our green space, but also represents a symbol and a commitment for all the young people who participated in the event ".

Whatch a short video of the 2019 Italian Walk here: https://www.youtube.com/watch?v=KZuBC7vh44g

Watch a short video of the 2019 European Walks here: https://youtu.be/lX5clxZr2Oo

Thanks to Alessio Duclaux for the translation Italian - English