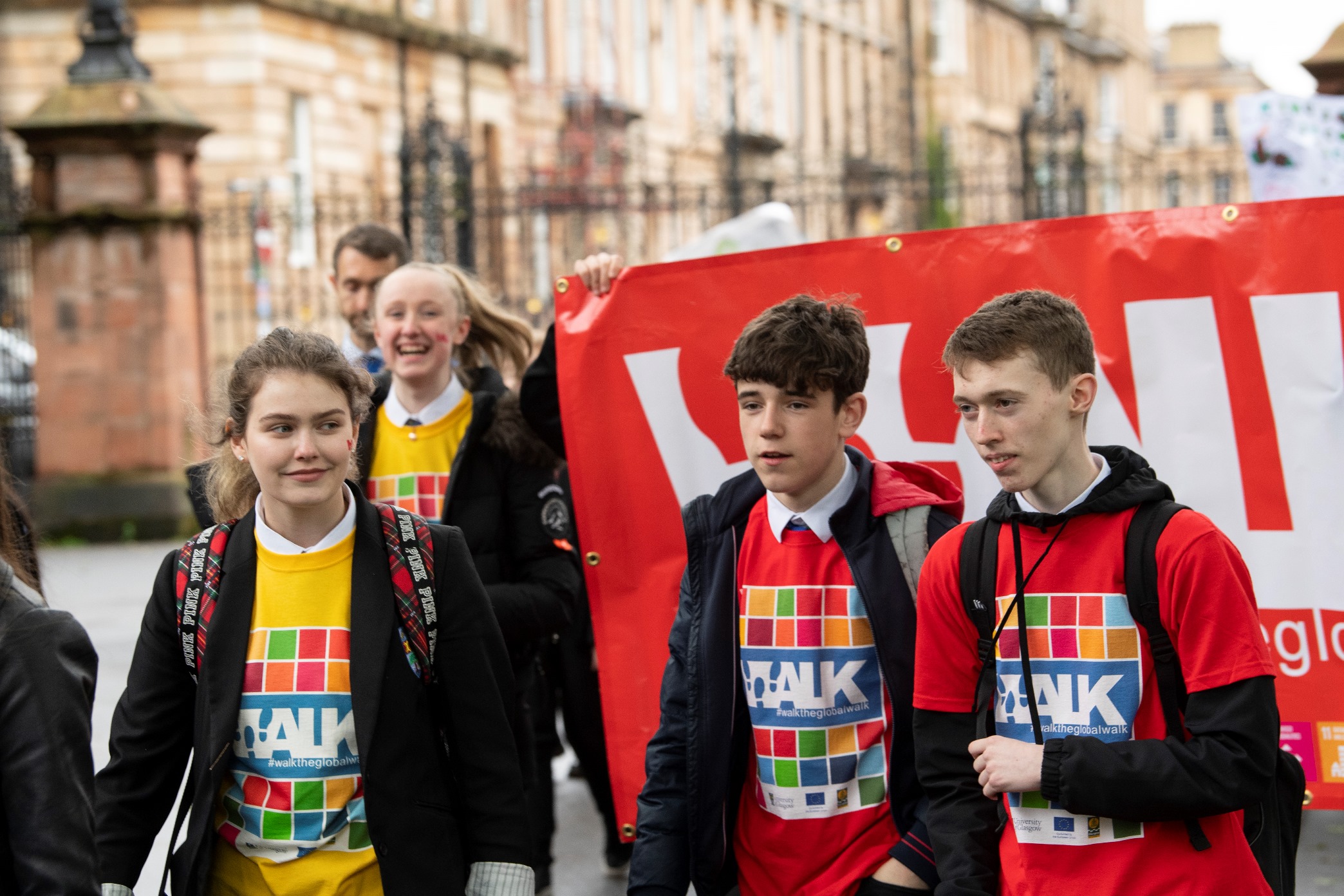 After days of rain, the sun came out for the Scottish WtGW event on 5th June 2019.

In the morning, the Glasgow Secondary Schools all participated in a debate with the Glasgow City Council Councillors: Chris Cunningham (Convener of Education, Skills and Early Years) and Graham Campbell in Glasgow City Chambers. The young people asked questions on SDG 11 Sustainable Cities and Communities and a variety of related issues and the Councillors responded with explanations and suggestions for future changes.

At lunchtime there was Face-painting as we were joined by Dalry primary School students and Councillor Graham Campbell to walk our global walk through Kelvingrove Park. The Banners made by the students and the T-shirts proclaiming our purpose were bright and cheerful and encouraged people along the walk to ask us about our project.

At the end of the walk they students were welcomed to the St Andrew’s Building of the University of Glasgow by traditional music. Over lunch both the music and the food were enjoyed.

In the afternoon, the Study Event was opened by Dr Alan Britton of the School of Education, University of Glasgow and then each school had the opportunity to explain the areas of SDG 11 they had been working on. They then formed groups to debate their subject area and start to make suggestions for the Students’ WtGW Manifesto. By 3.00pm most people were talked out and the meeting came to an end.

While the numbers on the walk were more limited than on other EU walks, the partnership between Glasgow City Council, Individual Schools and the University of Glasgow worked to pull together an interesting and productive day for the students.  We hope the same schools and some other will join us again in 2010 to explore SDG 13 Climate Change.